Brisbane will be the new boom town for property as Australia climbs out of its housing slump, with house prices there set to rise faster than in Sydney and Melbourne over the next three years, a new report says.
The BIS Oxford Economics Residential Property Prospects 2019 to 2022 report predicts a 20 per cent jump for Brisbane house prices, while the major markets of Sydney and Melbourne are set to bottom out before growing at a more modest pace.
The report predicts median house values in Australia’s capital cities will increase during 2020, though a surge in the number of new homes being built in recent years will help to keep the gains moderate. 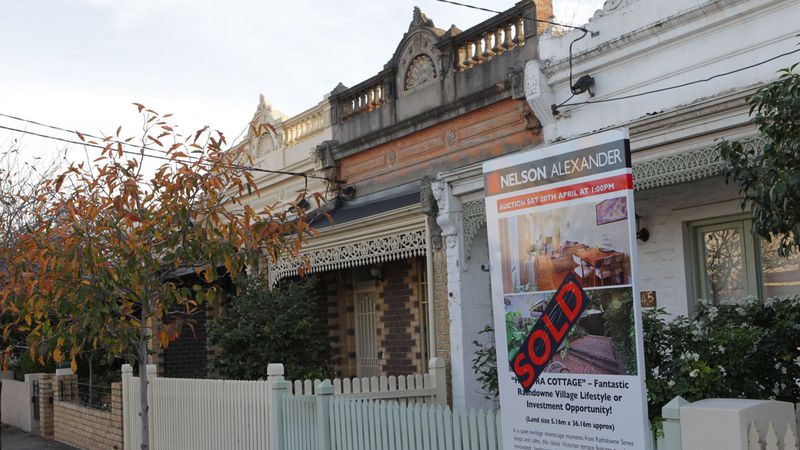 Experts are now increasingly saying the market has turned to the favour of hard-negotiating buyers. (AAP)
“Supply is running at record levels, with new dwelling completions having exceeded 200,000 in each of the past four years and expected to have peaked at a record of just under 227,000 dwellings in 2018/19,” BIS Oxford Economics associate director Angie Zigomanis said.
“This compares with underlying demand for new dwellings averaging around 195,000 per annum in the same period, which in itself is a record.”
A slowing economy would also weigh on demand, the report said.
“An acceleration in economic growth is not expected until 2020/21 after residential construction bottoms out, and both improving building activity and business investment begin to drive economic growth,” she said.

BIS Oxford Economics forecast that Brisbane’s “relatively affordable” house prices would jump by 20 per cent and units 14 per cent over three years, though Ms Zigomanis said “most of the growth will be concentrated toward the latter part of this period.”
Rental prices in Brisbane have stayed reasonably level in the past year.
https://imageresizer.static9.net.au/-hg08-DQ6yyb8do4_gvzwkt1eIE=/800×0/smart/http%3A%2F%2Fprod.static9.net.au%2Ffs%2F02ae8cec-de75-4d4c-ac60-a33652e87327
Brisbane is the leading the way for a property boom (AAP)
Sydney house values were forecast to rise 6 per cent in the three years to June 2022, while apartment prices edge up 1 per cent during that time.
In Melbourne, houses prices would increase by 7 per cent and apartments by 4 per cent for the same period.
In Adelaide, median house and unit prices are forecast to rise by 11 per cent and 6 per cent respectively by June 2022.
Perth is tipped as unlikely to improve in the medium term, but house prices are set to increase by 7 per cent and units to increase by 8 per cent by June 2022.
In Darwin, moderate house and unit price growth of 7 per cent and 8 per cent, respectively, while prices in Hobart are forecast to rise 4 per cent for both houses and units.