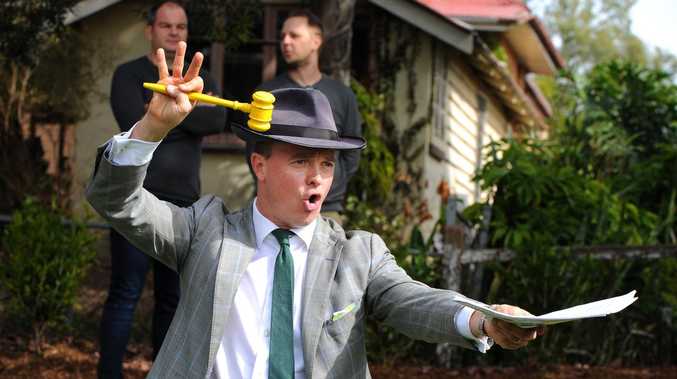 The morning also featured two other property valuers/economists, and some very well-cooked poached eggs and bacon at the Sofitel Hotel.

Mr Costello spoke of the broader market conditions, both globally and nationally.

It was interesting to hear that while our love for property and the gap between our household incomes and house prices is significant, so is our population increase.

It was this population increase that Mr Costello said supported house growth, specifically when taking into account that 75 per cent of these new Australians move to Sydney or Melbourne. 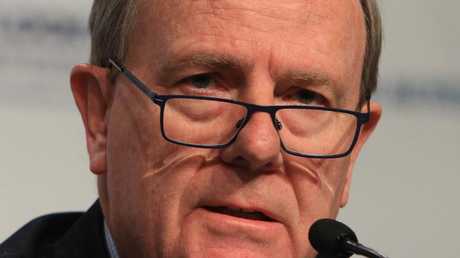 Former treasurer Peter Costello. Aaron Francis/The Australian
His general comments on the Australian market were that a correction to the Sydney amd Melbourne market was a necessary part of a market cycle. Corrections prevented explosive busts, he said.

Mr Costello did caution around the election. Specifically he talked about the negative effects that the removal of negative gearing or changes to capital gains tax laws would have on an already declining market in the major centres.

Gavin Holcombe, from Herron Todd White, spoke about the local market. He was up beat and optimistic. Houses and apartment buildings are seen against the Brisbane CBD (AAP Image/Darren England)
He showed Brisbane’s median price growth compared to the southern capital cities and our prices in relation to wages.

Mr Holcombe pointed to slow capital growth over recent years and an increase in interstate migration, or population increases, as the key reasons for his optimistic view of our market moving forward.

He did however put a caveat on his comments around an increase. He pointed to the current credit conditions and said that any major restrictions on lending could slow our market and see any green shoots in the local market get stomped back into the dirt.

On the front line of the market, at open houses and auctions, we are seeing a market that is awake. Some properties are still sitting idle, while others are bubbling.

The most notable are the attendees at unit open houses.

Last year, any person at a unit open home was either lost or out for the bargain of a lifetime, and they got them.

Now we will regularly see one to three people attend and while offers aren’t show stopping, they aren’t heart stopping either.

Mr Holcombe reaffirmed our thoughts commenting that we are now either at the bottom of the apartment market or very close to it.

With a full belly and brain, I left the Sofitel upbeat on our market.

We have held our ground for a decade, watched our southern neighbours have a property party that Keith Richards would be proud of and it seems we are now slowly moving out of their shadow.

Haesley Cush is a licensed real estate agent and auctioneer based in Brisbane.